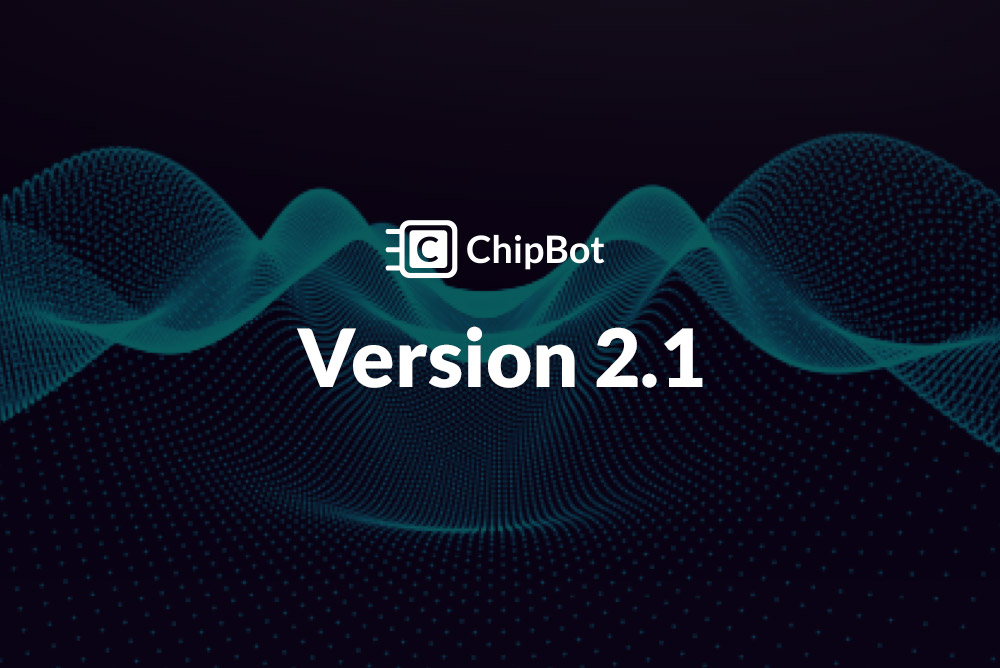 This week we’re recapping some notable updates, along with a list of minor updates we’ve added since our last update.

We’ve also been working on a new onboarding system for new members who signup for ChipBot. We know a lot of you felt a bit confused when trying ChipBot for the first time.

If you signed up within the past 30 days, I’ll be reaching out to you with a new onboarding email this week.

Below are the full details on what’s new that you can do with ChipBot today.

We’ve upgraded our capabilities in what we can do with ChipBot’s icon renderer. These are the icons that open ChipBot from the bottom right of your website. Here are the details:

More icon types and behaviors around the icons will be released this month.

We’ve revamped our new weekly report to show more accurate data with a nicer format. The update is currently out, but you won’t see the new format come through until August 10th (we only send it on Mondays).

If you haven’t received any reports in the past, make sure ChipBot is installed on your website. The reports only kick in once initial data has started to collect.

If you’re editing ChipBot on the same browser you’re testing your website, you can now see ChipBot update in real-time without needing to refresh. This makes it easier to see your changes.

This also gives you a new perspective when editing behavioral events such as Call To Action changes.

We added a trigger for when you want new articles to show up in your newsletters, social posts, or in other content channels. Use the “New Article Created” trigger and connect it to your mail or social application.

Before the end of the year, we plan to add 5 more Zapier Triggers so businesses can create more automation workflows and notification events.

Go to Zapier to check out the latest ChipBot integration.

Along with Zapier updates, our API integrations page has been updated to reflect some of the recent changes.

The last update post was back in May, but we have been providing a steady stream of updates and feature requests to ChipBot. We set up a new strategy internally to recap individual updates, which will make it easier to produce reports.

Going forward, you should expect to see a monthly update from us in the first half of each month.

Some updates may only have a couple of items, but it’s usually because we’re working on bigger ticket items (which take longer to build and test).

Matt is a Chicago-based entrepreneur with over a decade of experience building highly scalable web-based technology solutions. Knowledgable in 12 different programming languages and experienced startup veteran; having worked on 6 others. He's currently the founder and CEO of ChipBot. You can reach Matt on Twitter, LinkedIn, or StackOverflow.

Blog
API
Jobs
How an FAQ Bot Can Unlock These 5 Benefits
Free FAQ Software For Last Minute Website Upgrades
What Should You Automate Instead of Outsource?
5 WordPress FAQ Plugins