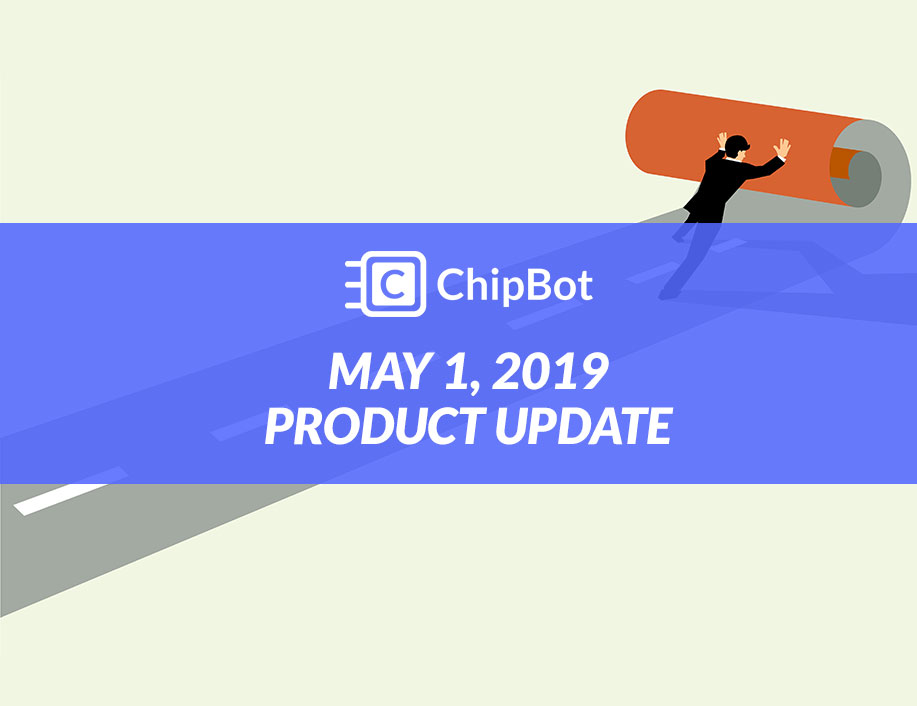 About every 30 days, we’ll post new features, important bug fixes, roadmap changes, or modifications users have requested. These posts help us communicate what’s in our work pipeline while opening a formal channel for you to respond back to us. If you’re a user of ChipBot, please reach out to us at support@getchipbot.com for any features you want.

When users ask a formal question or provide feedback through ChipBot, you can now customize the message you’ll display after the user hits submit. It’s a great way to follow up with another call to action or display a simple thank you.

For some users, they only want ChipBot to be available on certain breakpoints, so we built a new feature to hide ChipBot based on the max width of a website. This is useful if you have different widgets or behavior for mobile that are not on your desktop version of the website. 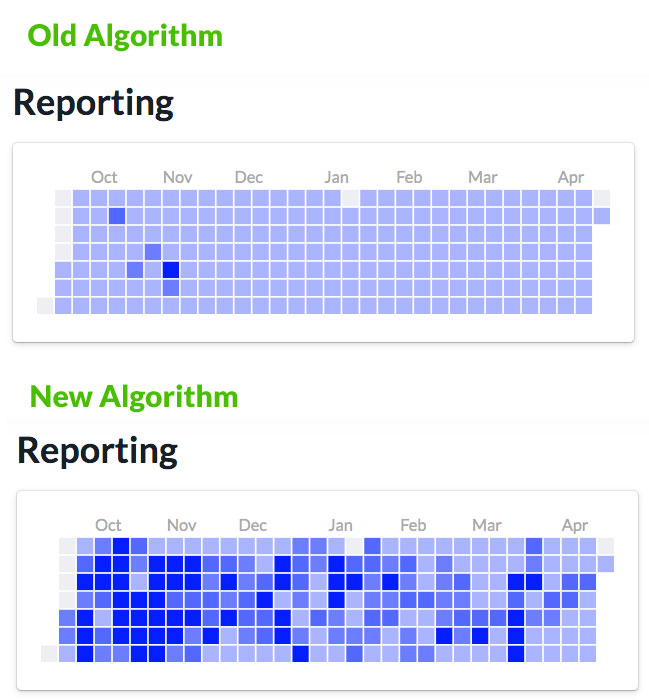 The previous algorithm that determined interaction intensity and frequency focused too much on minimums and maximums of your entire event history. This led to a not-so-helpful overview of ChipBot usage.

On early Thursday morning, we had an unexpected downtime with some of our services. If you use Zapier, you would have received an error about connecting to ChipBot.

This was caused due to some updates we were working on and one of the server instances didn’t fully restart after those updates. We had to manually mitigate in that situation which took longer to restore the services.

We could have prevented this by having a rolling update (update incrementally) across our servers instead of updating all of them at the same time. We’ll be adding this strategy to our infrastructure configuration for future updates. Additionally, we’ll be improving monitoring so we can act faster on downtimes.

We’re sorry for the limited unavailability issue. Our intention with all updates is to have zero downtime, so this was a gap we’re going to improve on.

Note: All existing customers will continue to use the old pricing model. Without you, we wouldn’t have been able to get where we are today. Thank you 🙏.

When we launched, our primary goal was product validation. Will the community care out idea? Do they see the problem we’re solving? Today we’re a lot further to answering those questions than before. The goal with $10/month was to determine if somebody was willing to pay for ChipBot. We wanted to know if somebody would pay for this idea, not at what price.

Now we’re at a good place to build onto that thesis and set a more competitive pricing model. Note: All existing customers will continue to use the old pricing model. Without you, we wouldn’t have been able to get where we are today.

This will only impact new customers.

We will still keep our Free Domain feature and continue to invest effort in both plans.  The pricing change reflects both the value we’re putting in and the future changes we’re about to release.

What we’re working on now

Matt is a Chicago-based entrepreneur with over a decade of experience building highly scalable web-based technology solutions. Knowledgable in 12 different programming languages and experienced startup veteran; having worked on 6 others. He's currently the founder and CEO of ChipBot. You can reach Matt on Twitter, LinkedIn, or StackOverflow.